Thai bar girls learn exactly what they should say in order to make themselves appealing to customers and to paint themselves in the best possible light. This article touches on some of the most common lies which Thai bar girls tell foreigners.

This is one of the most common lies that bar girls in Thailand tell foreigners. Whether she claims that it’s her first day, week, or month working in the bar, you can bet that most of the time these claims will turn out to be false.

A dead giveaway to this lie will be if the lady speaks good English, but never attended university… She probably learnt her English skills through working in the bar, for considerably longer than just one week!

2. Lying about their age

Many Thai women have an uncanny ability to look much younger than they are, and makeup which is professionally applied in a salon can really help to seal the deal.

Thai bar girls are fully aware that most men prefer younger women, and it’s not uncommon for them to claim that they are 10 or 15 years younger, in order to increase their appeal to customers.

3. Lying about having children 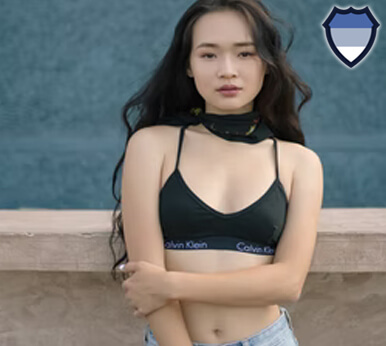 Having children is another trait that bar girls believe will make them less appealing to customers. They will often lie and claim not to have any kids, or say that they have only one child when they in fact have two or three. If the man ever gets to know the lady well enough to find out that she has more children than he first thought, he will at this point be so in love and committed to her that it won’t matter.

4. Lying about their name

The use of nicknames is very prevalent in Thailand and there are many reasons for this. Bar girls understand that most foreigners will struggle to pronounce their real names and choose something that non-Thai speakers are able to understand more easily.

5. “I have never gone with a customer before”

A bar girl’s job is to leave the bar with customers as often as possible, this is how they earn money. If a lady claims that she has never left the bar with a customer before, don’t believe her. She might be trying to prepare you for a long-distance relationship (bar girl scam), by dropping hints that she is “different” or “not like the other girls”, and trying to increase her appeal by claiming that she is not “high mileage”. This is one of the more common lies told by bar girls.

Many bar girls have boyfriends. Whether they have a local Thai boyfriend who accepts their girlfriend’s profession, or a foreigner who previously met her working in the bar.

Bar girls will never admit that they have a boyfriend. For many ladies, the goal is to recruit several different foreign boyfriends, all sending money to her on a regular basis. Having multiple boyfriends can prove to be very lucrative for some bar girls, and in order for this scam to work, each boyfriend must believe that they are the only man in her life.

Most bar girls will tell you that they don’t like Thai men, that they don’t find Thai guys attractive or that Thai men don’t treat their partners well. Perhaps this lie is told in order to remove suspicion that the lady might have a local boyfriend or husband at home; this is another claim which is designed to make the bar girl seem more attractive to customers in the bar.

8. She feels sick after leaving the bar

After you have paid a bar fine and left the bar, you might find that the lady claims that she feels sick or unwell. Maybe she develops a headache or has an upset stomach.

The motivation for telling this lie is quite simple, the lady would like an easy night watching television or laying down rather than “performing” in the way that you might have hoped she would.

Understandably, this is a lie that you are only going to hear if you are getting on in age. Some bar girls will claim that they don’t like young men and that they are only attracted to older guys, presumably this is told in order to make the customer feel content and understand why the lady is so keen on him.

Some bar girls do actually prefer older customers, but not for reasons that they will tell you. Young guys can be more “demanding” in the bedroom, and more frugal with their money. Older guys tend to have less stamina, and will typically have more cash and be more likely to tip.

If you are spending time with a bar girl, she might tell you that she wants to go to massage school or that she would like to open a salon. These are hints that if you start a serious relationship with her, that she is happy to leave bar work behind and find a legitimate job.

Some ladies will go to massage school, open a salon, or build a small shop in their village if they are given the chance; other ladies will take the money and continue to work in a bar. Typically, it won’t be until you have started to finance her new occupation and parted with your money that you will find out what her true intentions are.

11. She does not answer your calls

Trying to contact a Thai bar girl: You call her several times, she doesn’t answer. The phone goes to voicemail each time and your messages remain unread. Two or three hours later she calls you back and says “Sorry my phone did not have any battery” or a similar story.

Of course, the lady was spending time with another customer or her boyfriend. You might have suspicions but it will be impossible for you to disprove her claims.

If a lady is spending time with one client and the session takes longer than usual, a common excuse is to claim that she was late due to bad traffic. This is one of the best and easiest excuses to use when showing up late for a rendezvous. 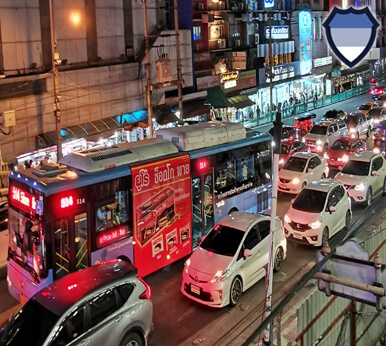 Remember that a ‘short time’ session might only last 30 minutes or less, and if a lady is late turning up for this amount of time it might be because she has serviced another client before reaching you. Saying that she was caught in bad traffic is an easy excuse to use in these cases.

Scrolling through a bar girl’s social media profile or the camera roll on her phone, you are likely to find photos of her spending time other customers.

Of course, the lady will claim that “he is only a friend”. Another popular lie is to claim that the man she was with is gay. The motivation behind this lie is simple, she wants to appear single, perhaps with the hope that you will be looking to fill that void and form a romantic relationship with her.

It doesn’t matter what you look like – you could be 85 years old and 100 kilograms overweight, a bar girl will still describe you as a “handsome man”. The lady is simply trying to appease your ego and hope that you will take a shine to her.

The “handsome man” line has become so common in Pattaya that it is now a running joke among visitors and expats alike. Every man is indeed handsome when he roams the streets of Thailand.

This is another line which is designed to appease their client’s ego, many bar girls will say words to the effect of “You have a good heart, I like you, you are not the same as other guys”. This type of compliment can often help bar girls to forge a ‘connection’ with their clients, and to make them believe that the lady harbours deep feelings for them.

In most cases the bar girl will be hoping that her client decides to spend more time with her than with other women, or she might be setting herself up to start a relationship with him long term. Either outcome will help the lady to earn more money than she would during a simple one-night affair. 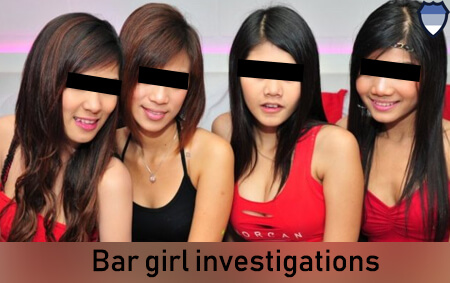 Most of the bar girls investigated by us are found to be cheating on their partners. If you find yourself in a relationship with a Thai bar girl, then we can help to check that she is being faithful to you while you are out of town.