Paying a dowry or sin sod in Thailand

If you are involved in a relationship with a Thai lady, then it’s only a matter of time before the topic of dowries comes up. A sin sod or dowry is typically paid to the parents of a Thai lady on her wedding day. The practice of paying a dowry to the parents of a bride was once prevalent in Western countries up until several hundred years ago. In Thailand however, paying a stack of cash to your bride’s parents is still very common and seen as a tradition that must be upheld by many Thais.

A dowry, or “sin sod” typically includes a pile of cash, usually accompanied by Thai gold jewellery. It is not uncommon for other things to be included in a dowry, such as the deeds to a property or a car. Dowries are usually displayed at the wedding for all guests to take a look at, and showing off the money is usually a big part of the wedding ceremony itself. If a dowry is very small or non-existent then the bride’s family may lose face in their community, which has been described as a fate worse than death for many Thai people. 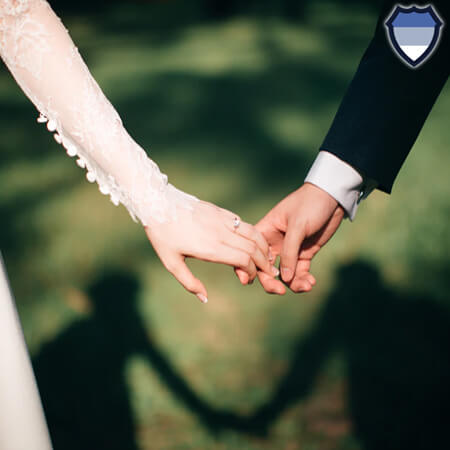 Do I have to pay a dowry?

There is a lot of information and advice posted on the internet regarding dowries and whether or not they should be required under certain circumstances. For example, many internet users claim that if a lady has previously been married or has children, then no dowry should be paid to her family. While this might be true for some families, I have personally attended several weddings between two Thai people, where the lady has children from a previous marriage, and at these weddings a dowry was displayed and handed to the bride’s family. It’s important to realize that there are no set rules when it comes to paying a dowry, and what is acceptable will vary in each case. Printing off information that you have read on an internet forum or website and confronting the parents of your fiancé with that is unlikely to go down well in most cases.

With that said, if the parents of your girlfriend are comfortable financially and not in need of money, they might be willing to forego the dowry payment altogether. If your girlfriend comes from a poor farming village in Isan then they are more likely to need the cash. Remember, there are no set rules for paying a dowry and whether or not you have to pay will be a matter between yourself, your bride, and her parents.

How much should I pay?

The average dowry payment in Thailand is typically anywhere between 300,000 – 500,000 THB cash, along with some gold and potentially other assets. If the lady comes from a ‘high-so’ family then it is not uncommon for huge dowries to be paid, which can be several million baht or even more.

Again, what is acceptable will depend on the parents in each case, and you should sit down with your girlfriend and her family to negotiate a figure that you both find agreeable. As a general rule of thumb, the younger a lady is, the more money her parents might ask. If she is university educated this could also push up their asking price… If her parents have financed her education themselves then they will typically look to recoup that money through a sin sod or dowry payment when the lady is married.

Can I get the money back if we divorce or split up?

No! Once paid a dowry cannot be refunded. The money is considered a gift and you will have no entitlement or claim whatsoever if you later split up or divorce your wife. Indeed, there are many stories of Thai ladies that have received a large payment on their wedding day, and then split up with their partner immediately afterwards. It would be wise to consider whether or not your partner is trustworthy before handing over a dowry, as recovering the money can be extremely difficult or impossible in most cases.

Do I need to marry my Thai girlfriend?

In Western countries it is not uncommon for couples to live with each other for years, or decades in some cases, without legally marrying each other or having a wedding ceremony. Many people in the West have children together without tying the knot, and this is seen as acceptable in many cultures. In Thailand however, many Thais still believe that a relationship is not official until the knot has been tied.

If you have children with your Thai girlfriend then your name will not feature on the birth certificate unless you are legally married at the time of your partner giving birth. This can create issues down the line with regard to foreign citizenship, child custody, and many other situations.

Legally marrying your Thai girlfriend can also make it easier for you to live in Thailand long term by means of a marriage visa, or if you are planning to bring your girlfriend to live with you in another country then documenting your relationship by means of marriage can help to bolster the claim that you are in a legitimate relationship… Although we must stress, marrying your girlfriend so that either of you can get a visa is probably not the best idea in the world.

Many Thai people have lavish wedding ceremonies and pay huge dowries to the bride’s family, but they do not follow this up by legally marrying each other. You might choose to take the same path, or skip the ceremonial part completely and go straight to the paper work. What works for you might not work for someone else and the best course of action should be decided between yourself and your partner.

How will the dowry be spent?

Remember old adage “Give a man a fish and he will eat for a day, give him a fishing rod and he will eat for life” can be applied when it comes to paying a dowry to the parents of your bride. After you have handed over the cash, it becomes their property and you have no right to dictate how that money is spent… So it would be wise to discuss plans before handing over the cash and try to ensure that it is spent wisely. If the money is being used as a down payment on a car or truck, then you need to question who will be making the monthly repayments on that vehicle.

If her parents are not able to keep up with the payments then the responsibility may fall to their daughter, and ultimately to yourself. If your girlfriend comes from a rural farming village, then the dowry could be used to purchase a tractor, or other equipment, which could allow her family to earn money and become more self-reliant. Perhaps they could use the capital to setup a shop or another business. Ultimately, it would be a wise decision to ensure that the money is being spent in a way that can continue to benefit the family, and that it is not wasted on material objects.

Before paying a dowry

If you are planning to hand over wads of non-refundable cash to marry your Thai girlfriend, then it would be wise to perform your own due diligence beforehand. We can help to check your Thai girlfriend by running a background check, by keeping an eye on her through surveillance, or through several other different means. If you were investing money into a business deal then it would be wise to perform your own checks beforehand to ensure that you are making a good decision… We think that the same should apply if you are intending to marry your Thai girlfriend and pay a sin sod or dowry to her parents. Ultimately the best path to check your girlfriend will depend on the circumstances in each case.

Please feel free to contact one of our experienced team members outlining your situation and we will do our best to offer the most effective solution in your case.